Arguments for the immortality of the soul

Already in 1593, the Spanish Jesuit Pedro Gómez (1533-1600) in his Short compendium of the things told by Aristotle in his three books on the De Anima and Parva Naturalia (Breve compendium eorum quae ab Aristotele in tribus libris de Anima & in parvis rebus dicta sunt) inserted proofs of the immortality of the soul, not as an appendix to the De Anima, as in the cursus of Coimbra, but within the commentary itself, and Gómez justifies this insertion by referring to the decisions of the Lateran Council.

In his Brief Introduction to the Study of Human Nature (Xingxue cushu 性學觕述), Aleni provided also proofs for the immortality of the soul, inserting them not as an appendix, but as constituting part of the second juan of his work which comprises eight juan in total. Though Aleni draws a lot from the treatise of Gómez, especially concerning the sensitive soul, his main inspiration for the immortality of the soul is in fact the Treatise on the separated soul (Tractatus de anima separata) by Baltasar Álvares, as Qiong Zhang (1999) asserted but without providing textual evidences.

In the first disputatio (About the immortality and nature of the rational soul), after having presented the opinions of Aristotle and other philosophers on the matter, Álvares presents 8 rational proofs for the immortality of the soul (Disputatio I.a.3), and then a series of theological proofs (Disputatio I.a.5). Similarly, in the second juan of the Xingxue cushu, Aleni has 8 proofs for the immortality of the intellective nature (lingxing 靈性), but they do not completely match each other. Quite surprisingly, Aleni asserts that those proofs are according to the Bible (聖經, p. 147). In fact, most of the proofs are rational, and I believe that Aleni meant to say that the proofs are in agreement with the Bible.

Rational proofs for the immortality of the soul can be categorized in speculative arguments based on the nature of the soul, and moral or psychological arguments based on the function of the soul. Aleni copied from Ricci’s Tianzhu shiyi [The true meaning of the Lord of Heaven] four moral and psychological arguments (Ricci 2016). The specific contribution of the Treatise on the separated soul to Aleni’s work is not to be found in those arguments, but on the speculative arguments, which are completely missing in Ricci’s argumentation.

Álvares gives as first speculative argument that the rational soul is a spiritual and self‑subsisting substance, because it is independent and separate from matter. He makes reference to Augustine for whom a material cause “cannot produce by itself alone” (per se solum influere nequit) a spiritual substance; therefore, the rational soul does not receive its existence from a material cause; such existence cannot be drawn by any natural cause but only by the fact that the soul is immortal. Similarly, Aleni in his fourth proof expresses the difference between causes: material (zhi 質), external formal (waimo 外模) cause and inner formal (neimo 內模, p. 153), arguing that human soul is based on an inner formal cause which constitutes it as an immortal entity. Aleni contrasts the immortality of the soul with paintings on a board and wood fire, which both need a material cause to exist.

According to the second argument of Álvares, nothing that is self‑subsisting can become corrupted when it is a simple entity and receiving existence by a single creation, like in the case of the rational soul. Álvares holds that: “Whatever is produced by a single creation could only be destroyed by the cause which has produced it” (quidquid sola creatione produci potest, à sola causa creante corrumpi poterit). Similarly, Aleni argues that human soul cannot be corrupted by external factors nor by themselves, and he places this argument first, probably because it was the easiest to be accepted. He picks up the philosophical hypothesis made by Álvares by which the creating cause may destroy what has been created. While Álvares leaves this unlikely hypothesis as it is, Aleni engages further into a theological argumentation which he draws from another section in the text of Álvares (Disputatio I.a.5), with two theological arguments for the immortality of the soul: the first prerogative of the soul as being instilled by God (ab ipso fuisse inspirata) and the third prerogative as being free from contact with matter (ab omni cocretione materiae immunis). Aleni left out the second prerogative of the soul, stating that the soul has its origins in the depths of God (quasi ex pectore divino, intimisque praecordiis efflata dicitur), something which may have been difficult to accept. Overall, Aleni intends to promote the idea of soul being immortal because created by God, an idea central to Christian theology.

Other arguments given by Aleni are mostly reformulating the moral and psychological arguments established by Ricci, and do not need to halt us for long, only to signal that Aleni adapts the arguments to Confucian moral values. For example, as sixth proof, Álvares states that there is an innate appetite in man towards eternal things, beyond his own life, such as the desire for glory, the desire to leave books and monuments, or the desire to live forever in company of others. Those desires are never fulfilled but should not exist in vain, and therefore their satisfaction requires to hold that the soul is eternal. In his sixth proof, Aleni makes the same point, and changes only the examples to adapt to Confucian values, like sacrificing oneself for the king and the parents. He stresses also that the ideal according to Mencius of “sacrificing one’s life to accomplish benevolence” (sheshen chengren 捨身成仁, p. 157) is possible only because one believes that his soul survives after death and obtains happiness.

The activities of the separated soul

Besides the speculative proofs for the immortality of the soul, Aleni was also inspired by the discussion of the activities of the separated soul, which constitutes indeed the most important part of the treatise by Álvares, with three disputationes (3, 4 and 5). The disputatio 3 deals with the cognition of the soul through the mode of the first act (per modum actus primi), and more specifically with the question whether the cognitive faculties of the soul can continue to exist without the body. Aquinas holds that the soul at death is separated from the body, and at this stage, pleasure and pain are only psychological, but once the resurrection of the flesh happens, body and soul are reunited, and this explains that physical pains endure in hell. Álvares argues further that the cognitive powers exist in the soul, independently of the body (Disputatio 3.a.1).

Aleni argues in a similar way: “Not only after death but during lifetime, joy and pain are experienced by the soul and not by the physical body, and also human perception relies on the soul and not on the physical body. Indeed, joy and pain are experienced by the soul: during their lifetime, people in prosperity look cheerful and happy, and in adversity, look depressive and sad. In the case of sudden death, one’s eyes, ears, mouth and body are all kept intact; however, his stare is blank and his ears, dumb, and even beautiful women and pleasant music, he stiffs about. Why? Isn’t it the evidence that joy and pain pertain to the soul rather than to the body, and that the body can perceive only when the soul is present? The soul, even separated from the body, has an intellective sensibility (lingjue 靈覺) to experience joy and pain” (pp. 163-164).

In order to show the possibility of cognition disconnected from the physical senses, Álvares mentions dreams twice (Disputatio 1.a.3-a.4), but he still holds ectasia as an exemplary case. In contrast, Aleni does not refer to the religious experience of ectasia, but instead mentions the case of dreams, with the story of a famous medical doctor, called Rannadiya in Chinese. We have not yet been able to identify this personage. Accordingly, he harbored some doubts about the possibility for the separated soul to experience any feeling, but he had a God-sent dream in which he could see things and hear music.

In conclusion, Aleni drew philosophical arguments from the Disputatio I, Articulus III and theological arguments from Articulus V to prove the immortality of the soul.   we observe that the distinction between philosophy and theology which was already changing in Renaissance Europe was even more blurred in Asia because missionaries could freely combine philosophical and theological together, like in the case of Aleni to prove the immortality of the soul. Also, while Álvares is discussing with Averroes and his alleged Renaissance followers, Aleni is critically dialoguing with a Confucian scholar to rebuke the belief in another form of immortality, that is, transmigration in Buddhism. In other words, arguments designed in Europe in the context of a discourse against Averroism are recycled by Aleni in the context of a discourse against Buddhism, and therefore it is critical to investigate further how the arguments of the missionaries are understood and receive by their Chinese interlocutors. 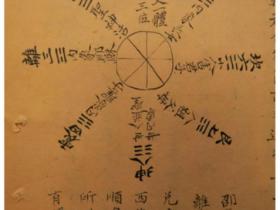 The Catholic Yijing: Lü Liben’s Passion Narratives in the Context of the Qing Prohibition of Christianity