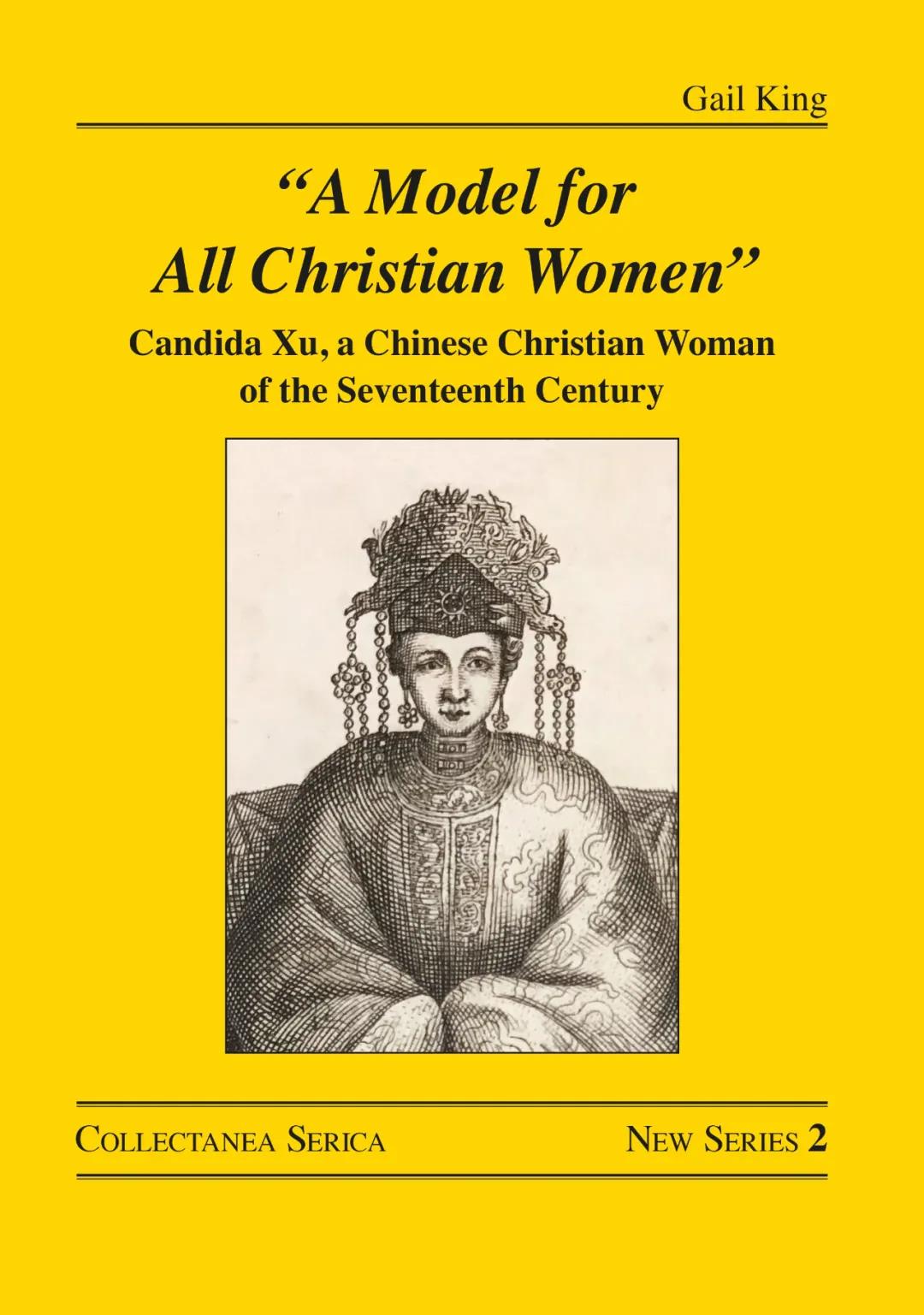 Gail King was born and raised in a small farming town in Colorado in the western U.S. She received a B.A. in East Asian Studies from the University of Colorado, worked as a bookmobile librarian in Colorado for four years, and completed an M.A. and Ph.D. (1982) in Chinese Literature at the University of Chicago. From October 1982 until retirement in May 2019 she served as the Asian Studies Librarian in the Harold B. Lee Library of Brigham Young University in Provo, Utah.

Map: China in the time of Candida Xu xv

Chapter One: Roots of the Xu Family: The Generations before Candida Xu 15

This biography of Candida Xu (1607–1680), granddaughter of the prominent Chinese Christian convert and statesman Xu Guangqi (1562–1633) and foremost Chinese Christian woman of the seventeenth century, is based on the biography of Candida Xu titled Histoire d’une dame chrétienne de la Chine (Paris, 1688) written by her confessor Philippe Couplet, S.J. (1623–1693), an obituary of his mother and other writings by her eldest son, and the Xu family history. Using these as well as other relevant European missionary and Chinese language sources, Candida Xu’s life as daughter, wife, mother, and generous contributor to the Christian Church is recounted. Events in her life are set in the context of historical and religious circumstances in China at the time. Consideration of the situation of women, particularly Christian women, draws out how Candida Xu’s faith helped her and other believing Christian women to gain greater freedom of choice and action.