The series features 24 individual interviews - nearly all with video and audio - and is easily accessible via this YouTube link.

Beginning September 7, the interviews will be released sequentially according to the schedule attached below. A full description of the project and the names and photographs of all the interviewees may be found in the included brochure. Any questions about the series may be directed to Dr. Amanda Clark (Whitworth University).

While the academic specialty of China Christianity Studies in the US codified into its own scholarly field during the 1980s, largely in conjunction with the establishment of the Association for Asian Studies/AAS-affiliated China Missions Group/CMS (now the China Christianity Studies Group/CCSG), research and publication on the topic of Sino-Missionary and Sino-Western exchange has existed since the writings of the great Jesuit missionary, Matteo Ricci (1552-1610), began to appear during the late Ming (1368-1644) dynasty. Most scholars agree that the general field of China Studies, or Sinology, came into being during the seventeenth century when Jesuit and Mendicant Christian missionaries began to conduct rigorous research into Chinese philosophy, language, literature, culture, history, and religious traditions. Arguably, the modern academic field of “China Christianity Studies” has existed since the late nineteenth century within missionary circles, though Henri Cordier’s (1849-1925) exhaustive bibliographic works from the 1880s to the 1920s are an important example of non-missionary scholarship. Publication on China’s Christian history became more scientific starting in the 1920s with such figures as Paul Pelliot (1878-1945), who published in the sinological journal, T’oung Pao (通報), and the publishing enterprises of the Bibliotheca Missionum, Sinica Franciscana, Fonti Ricciane, the founding of Monumenta Serica in Beijing in 1934, and so forth. The scholars interviewed in this series also follow in the footsteps of such progenitors in the field as Jacques Gernet (1921-2018) and Erik Zürcher (1928-2008), who conducted research on China’s Christian history mostly during the Ming and Qing (1644-1911) dynasties. The study of Christianity in China further developed in the 1970s and early 1980s in Europe, and by the mid-1980s US scholars grew more accepted into the mainstream of the Asianist community. Zürcher’s students, Nicolas Standaert, SJ, and Ad Dudink, as well as others in Europe like Noël Golvers and Claudia von Collani continued to produce significant works in the field, while American scholars such as Daniel Bays (1942-2019), John Fairbank (1907-1991), Paul Cohen, and David Mungello published important studies on Christianity in China that helped the US become a collaborative community with those working in Europe and East Asia. Scholars who today research and publish in the field of China Christianity Studies continue to produce studies in the same ways, and on the same topics, as those founders of the field did during the Ming and Qing dynasties. This series of interviews captures the personal and intellectual interests of prominent scholars in the field, representing areas such as social studies, aesthetic studies, history, theology, and comparative philosophy. Using Zoom, each interview asked such questions as what attracted each scholar to the field, what research discoveries have transformed her or his understanding of the topic, what are her or his hopes for the future of the field, and finally, each scholar was asked to recall a memory of another scholar who has contributed to our understanding of China Christianity Studies. 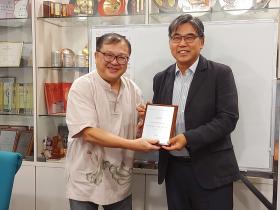