A symposium on the translation of the works of Martin Luther was held virtually on Wednesday.

Along with the symposium, the Sino-European Center of Shanghai University was founded, dedicated to thorough and systematic studies of European societies, thought, culture history as well as Sino-European dialogue.

Sponsored by the newly created center, the School of Philosophy of Fudan University, and the Institute for Ethics and Religious Studies of Tsinghua University, the symposium featured the theme of “Quest for Martin Luther Who was Missing in Intellectual History."

Paulos Huang, the center’s director and a professor from the department of philosophy at the University of Helsinki of Finland, stated the necessity of translating the works of Martin Luther into Chinese. In charge of the translation of the studies of the great Reformer into Chinese, he introduced the what Finnish Luther studies had achieved. Huang, who has translated the works of Tuomo Mannermaa into Chinese, expected the translation of Luther’s books to become a landmark like the introduction of Western learning into China during the May Fourth Movement.

Yuan Chaohui, associate professor of the Institute of World Religions of the Chinese Academy of Social Sciences, claimed that the lack of the translation of Luther’s original texts into Chinese led to Chinese scholars’ understanding bias in church and state relations, modern western society, thought, and history. As Luther’s doctrine of “justification by faith alone” exerted a great influence on China, many people failed to distinguish it from “justification by works.” Therefore, Luther could be considered as a hinge of western civilization, intellectual history, and religious history.

Scholars from universities and research centers also presented speeches, including the understanding of Luther’s three topics (freedom, reason, and love) by He Guanghu, emeritus professor of Renmin University of China, the significance of the thought history of Luther’s theology by Qu Xutong, associate professor of the department of philosophy of Tsinghua University, and the impact of Luther on SørenKierkegaard and Karl Barth by Shao Kai Tseng, a Canadian philosophy professor of Zhejiang University. 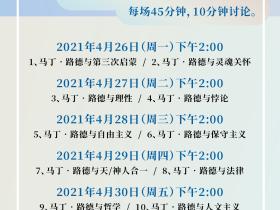 News report for Seminar on Search of Martin Luther, the Missing Man in the History of Intellectuals", held by the Sino-European Center at Shanghai University