Postdoctoral researcher in the Cultural History of China (Sinology)

Faculty of Humanities – Amsterdam School for Culture and History

The Amsterdam School of Culture and History of the Faculty of Humanities is looking for a postdoctoral researcher in the Cultural History of China (Sinology) as part of the project The Chinese Impact: Images and Ideas of China in the Dutch Golden Age (NWO-Vidi). This project explores the mutual perceptions that resulted from the cultural exchange between China and the Low Countries (Northern and Southern Netherlands) in the seventeenth century.

ASCH is one of the six research schools of the Amsterdam Institute for Humanities Research (AIHR). Established in 2014, ASCH brings together more than 300 academics, who participate in ca. 35 research groups. Its members study the historical dimension of culture and the cultural dimension of history.

During the first period of intensive contacts between China and Europe, Dutch traders were the main importers of Chinese goods. Their network complemented the Catholic mission in China which was seminal to the exchange of knowledge. Amsterdam and Antwerp became central nodes in the flow of images and information. In China, prints from the Low Countries were the most widely disseminated European art form; furthermore, porcelain was frequently made after Dutch designs. This postdoctoral project addresses the Chinese viewpoint in the cultural confrontation. The analysis ranges from early reports on the foreign 'redhaired devils', to the Chinese reaction to Dutch trading efforts and the scientific ambitions of Catholic missionaries in Beijing. The research focuses on written documents and may also extend to works of art.

The postdoctoral project is part of the NWO-funded collaborative program The Chinese Impact. The postdoctoral researcher will collaborate with two ongoing PhD projects that analyze images of China in the Low Countries from a literary and art historical viewpoint respectively. The researcher will analyze Chinese images (written and visual) of the West, based on contacts with tradesmen and missionaries from the Low Countries.

For the project outline and further information, please contact:

The candidate will be appointed at the Faculty of Humanities, the department of Arts & Culture (A&C). The research will be carried out under the aegis of ASCH. The appointment, 26,6 hours per week, is for a period of three years at the Faculty of Humanities of the University of Amsterdam, beginning after 1 September 2015. The appointment is initially for a period of one year; contingent on satisfactory performance it will be extended by a maximum of two additional years. The gross monthly salary (on a full-time basis) will range between €3,324 and €3,561, based on 38 hours per week, in accordance with the Collective Labour Agreement for Dutch Universities.

Applications may be submitted no later than 30 April 2015, by sending a message to solliciteren2015-FGW@uva.nl. Applications received after this date or those that are incomplete will not be taken into consideration.

When invited for an interview, the candidate will be asked to present a brief outline of how her/his research will contribute to this project. 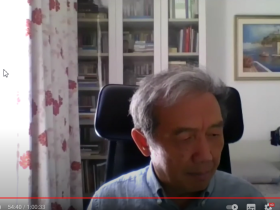